NEW!!! BE SURE TO CHECK OUT OUR WOW SPORTS COACHING AND TRAINING IN WEST PALM BEACH! 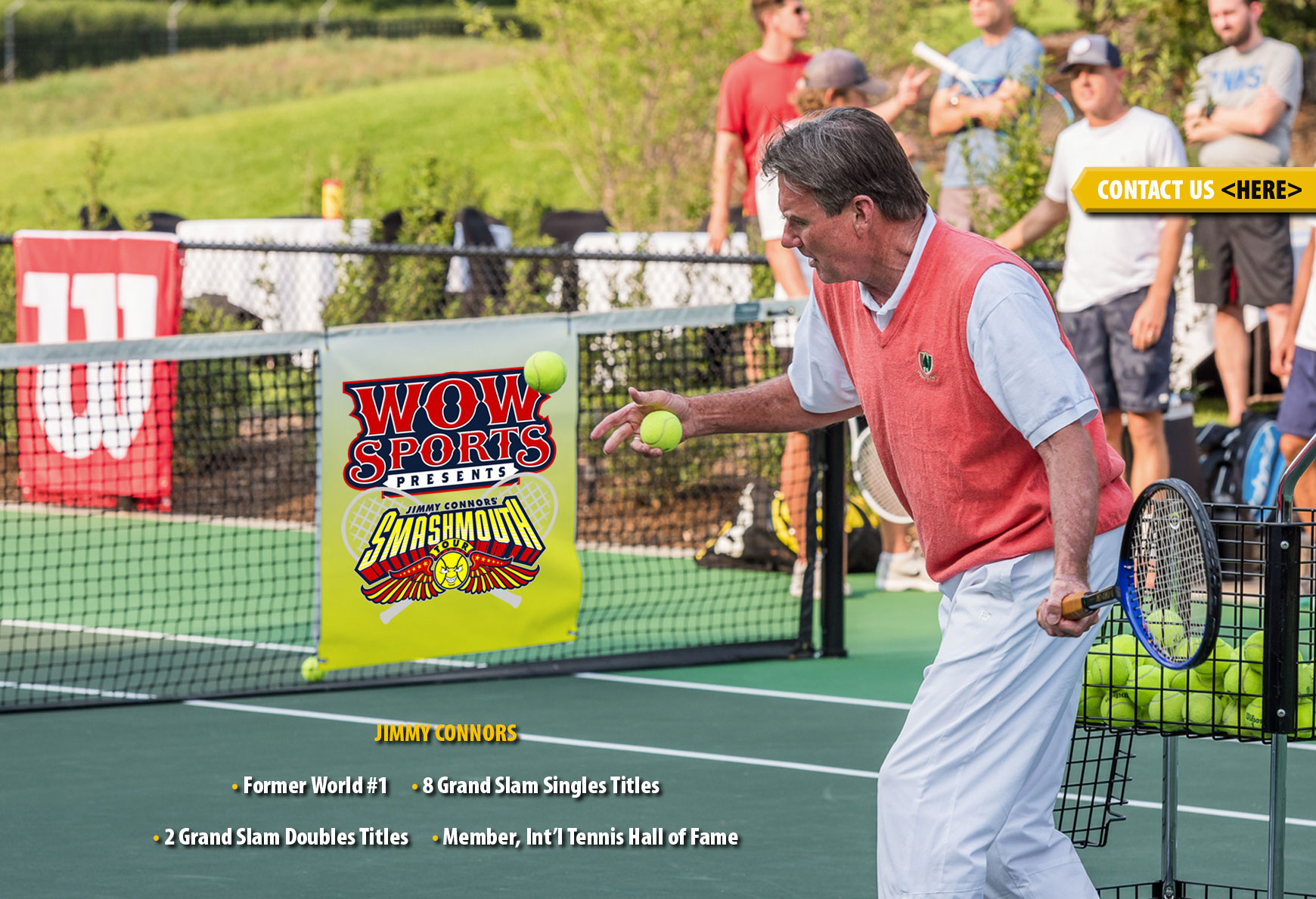 Jimmy Connors is a former World #1 American tennis player who held the top ATP Ranking for 160 consecutive weeks and 268 weeks in total. He still holds the record for most titles won (109), matches played (1535) and match wins (1256), for an 82.4% career win percentage. His amazing record includes 8 Grand Slam Singles Titles (five at the US Open, two at Wimbledon and one Australian Open), 2 Grand Slam Doubles Titles (one US Open and one Wimbledon); 3 year-end Championships and 17 Grand Prix Super Series Championships. Jimmy was inducted into the International Tennis Hall of Fame in 1998.

Together with Cameron Lickle, the duo travel the Country with the “Smashmouth Tour,” bringing the fantasy of hitting with a Former World #1 to you:

Bring the WOW Sports Smashmouth Tour to your next event and learn the secrets that made Jimmy connors a World #1 Player.

See The Smashmouth Tour Schedule NowClick here to contact us about Jimmy’s availability
BE A WOW SPORTS INSIDER! SUBSCRIBE TO OUR NEWSLETTER TODAY! Sign up now!